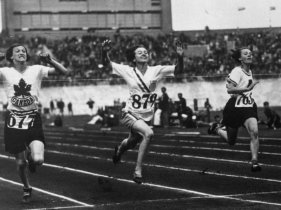 Coming to terms with being almost 30 is weird. I’ve always kind of felt 30. Perhaps it’s more accurate to say that I’ve always felt like a grown-ass adult. Immature as I was in my late teens early twenties, I craved the respect people like my husband received from fellow adults simply because of the beard populating his general facial area – this was, of course, before I realized that kind of respect doesn’t come with age, it comes with a penis. But my whole life I wanted to grow up quickly. Skip the bullshit and develop the life skills that would take me from dependent child to strong, independent woman as soon as I could. But now that I’m here, I see that the ‘thirty package’ is a little more complicated than some fantasy about the meaning of adulthood. It’s easy to lag behind.

I’m turning 29 this year and I’ve had my first ‘career job’ for a year, my prospects are good, I’m making a respectable living for a young person, I’m married to a man who also has a good job, things are a-okay. But the thing is, of course, that I didn’t graduate from my Master’s until two years ago. My husband didn’t graduate from his Bachelor’s until two years ago. So while we’re doing just fine, at 28 and 34, we are playing catch-up. Everyone my age seems to have about four to five years’ experience. Everyone my husband’s age is on the eight-to-ten mark. But we’re catching up. And while now it feels like we’re all on more or less on the same page, the big life-plan making abilities of our friends are certainly more advanced.

I struggle to think of a couple that I know, roughly my age, that isn’t considering purchasing a house or doesn’t already own a house. To give you some context, house-buying is the Dutch equivalent of a very fucking serious relationship. People here don’t really get married, but they commit to one another financially. And that shit starts more or less once they get offered a ‘permanent contact’ at work. It’s one of these European labor laws that make it really hard for an employer to ditch you without a good reason and a serious severance package. This happens about three years into a job. It’s that decisive moment where they either fire you – because they don’t want to be stuck with you forever – or you get, basically, tenure.  Needless to say we are not there yet.

Renting a place in Europe also has its advantages. I’ve been sitting on this apartment for the good part of a decade and my rights as a tenant mean that the building owners can’t raise my rent by more than 2% or so at a time. In the last eight years, they’ve raised our rent by some 40 euros in total. In the meantime, the city of Amsterdam has become something of a playground for the upper-middle class. Salaries haven’t gone up by much thanks to the financial crisis, but real estate speculation has made every apartment in our area absolutely unaffordable to us. Our rent is relatively affordable and we live in a pretty fancy location, right in the city center. Meanwhile, virtually every young couple buying property now is moving fairly far out of the city center. But I digress.

Babies, properties, great savings, promotions at work, significant salary increases, that’s all in the future for us. And I swear I’m okay with that. I waited a very long time to be treated like somewhat of an adult; I can wait a little longer to feel like one. But the fact that thirty is knocking on my door makes this whole situation feel very pressing. Look, I had a quarter-life crisis. I know the drill. So I’m trying to have some ‘chill’ about the whole situation. Yet, try as I may, I can’t reinvent the societal meaning of the big 3-0. You know? These expectations are outside of myself. They’re just out there, floating in the world and waiting for us to meet them.

Sure, I can rebel. I don’t see myself wanting to own ‘property’ any time soon, for instance. We aren’t Dutch – not really, anyway. So buying a place would be rooting ourselves here in a very scary way. Plus, the role of banks in the deal makes me a little uncomfortable. Babies are for people who definitely want children and we haven’t quite figured out where kids would fit into our lives. I have enough friends with weird relationships with their parents to know that having kids for the sake of it seems pretty idiotic. Promotions and salary increases, too, come with experience. We are both so, so new at our career choices. So if I relativize the whole thing I can see why we are where we are. And yes, it’s hard to feel like you’re playing catch-up while everyone and their mother appear to be moving so much faster.

But maybe I’ve got this all wrong. Perhaps being an adult is about being okay with your own pace, values and life choices. And that, my friends, I can confirm.