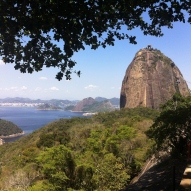 Anyone more or less attuned to social media and world news will remember the #SochiProblems hashtag from the 2014 Winter Olympics. It can be summed up as “that time a whole bunch of privileged Western people thought it would be funny to mock Russia’s lacking infrastructure”. Despicable, out-of-touch, tone-deaf behavior by the same people who brought you colonialism. In the lead-up to the 2016 Rio Olympics, we’re seeing something of a revival of #sochiproblems-esque behavior. This time, however, rather than originating on Twitter as a ‘bottom-up’ group activity of mocking a country different to theirs, we are seeing the news media embrace this in its early stages.

The political circumstances in Brazil have gotten very complicated this year. In 2014, Dilma Rousseff won the presidential elections in Brazil by a very small margin. It was a tough, very divisive election. The legitimate 2013 protests that began around the Confederations Cup were co-opted by a power-thirsty right wing that had failed to win the presidential elections since 2002, when Lula – Dilma’s much beloved predecessor – came into power and began to change the face of my homeland. The building blocks of a welfare state were built, eradicating hunger and extreme poverty. The country’s economy was booming and foreign investment pouring in. The optimism was palpable. BRICS for the win.

Yet Lula’s and Dilma’s stream of center-left government left room for some fundamental mistakes. They are largely accountable for Brazil’s terrible environmental track-record through investment in oil and other extraction activities like mining, manufacturing, and creating tax breaks for the auto industry that made cars more affordable in order to keep labor unions happy and up production. There’s a reason business was booming in Brazil. In terms of progressive policies, too, Brazil has left a lot to be desired. Alliances formed with Christian conservatives and the ultra-rich landowners in these governments made it so that neither legal abortion nor agrarian reform – both with very deadly consequences for my people – ever took off.

Earlier in 2016, in what can only be described as a coup d’état, president Dilma Rousseff – who herself committed no culpable crime beyond the reshuffling of money to be able to cover social welfare programs – went through an impeachment vote both in congress and the senate. There was no absolute majority in the senate, which meant that she’s been more or less put ‘on hold’ while an investigation takes place and that her vice-president, a man fit for a cartoon villain, was put in place. Remember those misguided alliances with conservatives? They’re in power now. A quote often attributed to Bossa Nova king Tom Jobim has, lately, seemed more fitting than ever: “Brazil is not for beginners”.

In the course of this novella-like drama, the world media did a more or less 180 degree turn in terms of coverage. Once regurgitating the same paranoid madness found in the largely oligarchic Brazilian media about how the people were taking to the streets to demand the impeachment of a corrupt government – the largely white, middle-class ‘people’ were out on the streets to ask for things like the return of a blood-drenched military dictatorship and the end of social programs for ‘lazy’ (read: poor) people – the world media seems to have finally caught on to the fact that this was more of a Game of Thrones situation. Yet in many ways the damage was already done. Even satirical news program like John Oliver’s Last Week Tonight – usually on point about the ridicule of world politics – was momentarily swept away by the wave of yellow-football-shirt-wearing idiots, covering the ‘protests’ as an en masse uprising against corruption. As these things usually go, the actions that followed Dilma’s period on the reserve bench of presidency – like the all-white, all-male government that was quickly put together and the absurd amount of members of the new government who are entangled in the Petrobras scandal – showed that corruption was not what was being overthrown. A center-left female politician was simply put in her place – outside of the political ring – courtesy of middle class ignorance.

Political turmoil has been growing worldwide. People are frustrated by austerity measures, tired of economic stagnation and slowly downing in debt. It’s a geopolitical reality created by the global forces of capital that opportunistic political movements of the right wing are capitalizing on. From Donald Trump, Geert Wilders, Marine Le Pen and the Brexit voters so clearly divided between class lines in the West to the former middle classes in South America now having to share space, wealth and opportunities with traditionally working class non-whites, the fiscally conservative, solidarity-poor people of the world appear to be winning. It’s crazy to think how close we were to going the other way. The Occupy movement, the optimism of a leftist government in Greece, the ‘Feel the Bern’ campaign… All slowly crushed by the rampant fear-mongering tactics of the status quo.

And when we speak of the circumstances in Rio, it’s important to realize that this is not the context under which Rio made a bid for the Olympics. As previously mentioned, Brazil was booming. Moreover, Rio has long lived in the imaginaries of the world as a paradise-like place. Now, years on, with a fractured presidency, corrupt and inapt ministers, a health crisis of very serious proportions and violent crime on the rise, it’s not hard to understand why the world is alarmed. Nonetheless, the aggressiveness, pessimism and downright bigotry of the media coverage have been absolutely disgusting.

In prepping Rio for the world stage, too, severe mistakes were made. Forceful gentrification bulldozed through existing communities of the city’s illegal settlements to make space for the pretty pictures of Rio you see today. There is a quite literal genocide of young black men going on in Rio’s poorer communities. The police force is violent, underpaid, undertrained and deeply corrupt. These are sufficient reasons, from a human rights perspective, to be very critical of Rio hosting the Olympics. There are economic reasons why hosting massive sporting events is always bad business – remember London?

But let me be clear: these are not, by any means, the mainstream critiques. No, no. It’s only ever the very few that truly care about the people who love, live and die in other countries. What people really care about is having to be exposed to difference. To the substandard truth of global reality.

Using euphemisms and colorful vocabulary, we’re seconds away from seeing the Western media refer to Rio as a ‘shithole’. If there was ever any doubt as to why the Olympics were never before hosted in South America, well, doubt no more.